Founder of the Sisters of Mercy 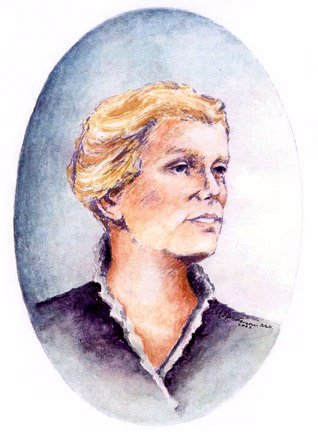 "educate poor girls, to lodge and maintain poor young women who are in danger and to visit the sick poor"
Catherine McAuley

The life of Catherine McAuley

Catherine McAuley was born on 29 September 1778 in Dublin, Ireland. As both her parents died while she was young, Catherine, her brother and her sister went to live with relatives, (the Armstrongs) and though they were not Catholic, Catherine remained committed to her Catholic faith.

When she was 25 years old, Catherine became a live-in companion to Mr and Mrs Callaghan, friends of the Armstrongs. Although they, too, did not approve of Catherine's Catholicity, they were willing to financially support her charitable work. For 20 years she gave catechetical instruction to the household servants and the poor village children from Coolock House, the Callaghan's home. She also taught needlework to young women and ran a small shop to sell their goods. Upon his death, William Callaghan appointed Catherine his sole heir, which enabled her to provide social services for poor women and children and educate young girls.

In 1824 Catherine leased a property in Baggot Street, Dublin. As it was being refurbished, she studied current educational methods in preparation for her new endeavour. Soon after the House opened on 24 September 1827 hundreds of girls were enrolled in the school and it was also being used as a home for young servant girls. Catherine had a group of women who helped her at the house and together with them, she visited the sick in their homes, an extremely rare undertaking at the time.

In the early years, a group of 12 women lived and worked at Baggot Street, adopting a common timetable and dressing simply. This lifestyle and dedication to the poor led Catherine to consider establishing a religious congregation and on 8 September 1830, aged 52 years, Catherine joined the novitiate of the Presentation Convent in Dublin with two companions from Baggot Street. They were professed on 12 December 1831 and the Institute of the Sisters of Mercy was established.

Catherine's dream was now reality. She encouraged her Sisters to "educate poor girls, to lodge and maintain poor young women who are in danger and to visit the sick poor". Within 10 years Catherine founded nine Convents of Mercy in Ireland and England . Each new foundation was independent of the mother-house in Baggot Street but they were all linked to Catherine and each other by her frequent visits and letters.

Catherine died on 11 November 1841 after a short illness.

Sisters of Mercy at Parramatta Previous
Governance Next